Jonathon is 400 years old and not from Earth. Well, he is, but it’s just a different version of Earth. In his reality, there was a great war that destroyed the entire planet. During the war, he befriended a mysterious soldier who spent time with Jonathon and his family in an old cabin. 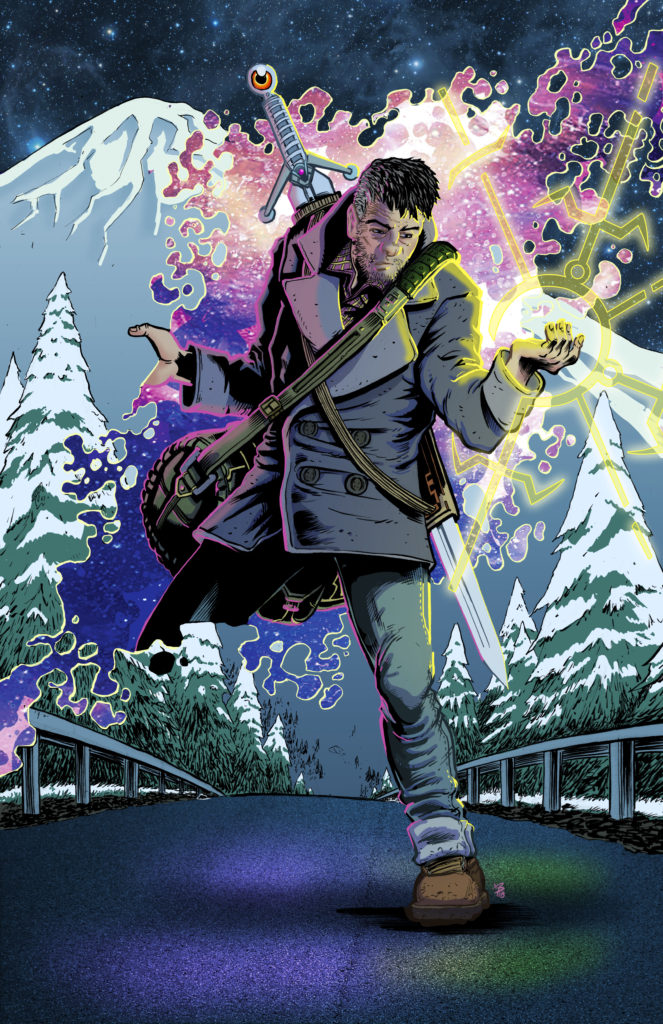 about what he really was. This soldier worked for a Faerie King and was there to stop certain beings from taking over their planet. Oddly enough, the beings weren’t the ones waging the war. They laid in wait to do their business in the aftermath.

One of these things made its way to the cabin and the old soldier fought hard. The magic was real and the battle between the two destroyed much of the area around it. During the Melee, Jonathon’s wife and son were killed. Jonathon was so enraged, that he took up arms against the beast and helped the old soldier defeat the creature.

But, the soldier himself was mortally wounded. Before he died, he cut his palm and smeared his blood into Jonathon’s chest while saying an incantation. As the old soldier passed away, a bright light appeared and several shirtless men wearing helmets and holding swords stood around it. It was then that Jonathon became the new hitman for a secretive Faerie King.

Now, he travels into different realities to do the dirty work of his master. He’s been given great power and can only fully use it when his actions are aligned with the will of his Faerie King. Otherwise, his magic is greatly limited (but not gone).

Jonathon does not like Faeries or taking orders. He cares about his daughter, and she’s dying of an illness that he knows was given to her for breaking the laws set forth by the very Faerie King he works for. The act of her birth was what broke that law. Everything he does is for her and all of it must be kept a secret.

THE ADVENTURES OF JONATHON STONEBINDER are the stories leading up to the moment he finally trades fates with his daughter to save her life. All these moments and tales are told in short story and comic book form.  It’s fun, scary, engaging and adventurous to follow him on this journey.