Anyone who writes fiction has a penchant for rascally little fairies. I discuss different types of Fairy Magic and Lore to offer some fiction writing tips.

Fairies are evil, they’re kind, they’re ugly, they’re benevolent and beautiful.  Depending on where you search, you can take your pick.

Some Fairies represent aspects of nature, while others can be entirely different.  In every culture across the globe, Fairies exist. They’re an odd myth because when you dig deep enough, it seems all corners of humanity have seen them.

Fairy magic is whatever you want it to be, which is the neatest thing about Fairies.

The cool thing about using Fairy myth is that it doesn’t fall within the standard western parameters you’re probably used to.

Sure, Fairies can be little sprites that are beautiful and majestic, but they can also be ominous, dark and gigantic too. Here are some examples of Fairies across different cultures.

They were two-three feet tall, but sometimes only six inches tall.  Their Fairies were joyful, loving and basically like cupid. They had a little bow and arrow and would shoot their arrows into hearts of angry people to fill them with love.

Essentially, the Fairy magic of the islands was altruistic and positive.  The lore is rooted in the desire to dissolve conflict and find goodness. Much of Island ‘magic’ is this way.

The Mayans had Fairies called Alux.

The Alux had the bodies of small children ages 2-4 years old with the faces of old people. Imagine Great grampies head on top of a three year old at the playground and boom, you got an Alux.  These spirits, or sprites were guardian spirits and would protect sacred magical places.

Personally, I imagine a leprechaun in Mayans clothing.  Which, when you think about it is much of the same myth.  Instead of protecting a pot of gold, they were protecting sacred places with supernatural powers.

A lesser known North American Fairy is the Jogah.

Jogah are rooted in Iroquois Indian lore. They are said to be tiny spirit folk that would emerge from cornstalks to help and comfort people.  These are the Fairies much like Hawaiian Menahune. They represented the best parts of humanity.

It could be argued on both fronts that they are mythical representations of how small actions can do great things for a person.  Tiny acts of kindness from tiny people as it were.

The African Aziza are a beneficent kind of Fairy.

They were little hairy people that would emerge from dirt piles or anthills to grant Hunters great wisdom Fairy or knowledge.

The richest Fairy lore and that which we take the most from in most visions of Fairies is that from the Gaelic, Celtic and Scottish lore.

Among them, are some very dangerous and ominous Fairies.  For example, the Leanhaum-Shee was a Fairy that would seduce men and drink their blood.

If a man were to refuse her, she would rip him apart and bathe in the aftermath.

Fairies in modern books are something else too.

For example, the Fairies of the Stonebinder Covenant and also Jonathon Stonebinder Adventures are a mixture of many.

They have a patriarchal society that exists within ‘The Bleed’. It is a space in-between realities and Fairies are the only beings in all of creation that can freely move within The Bleed. But, even though they can pass through time and through infinite realities, they can exist in none of them.

The burden of the Stonebinder Fairies is one of a desire to manipulate, but an inability to do so without a proper proxy.

So, like I said. Fairy Magic is whatever you want it to be. Just remember, nothing comes for free and whichever Fairy tickles your fancy… They’re going to want something from you in return. 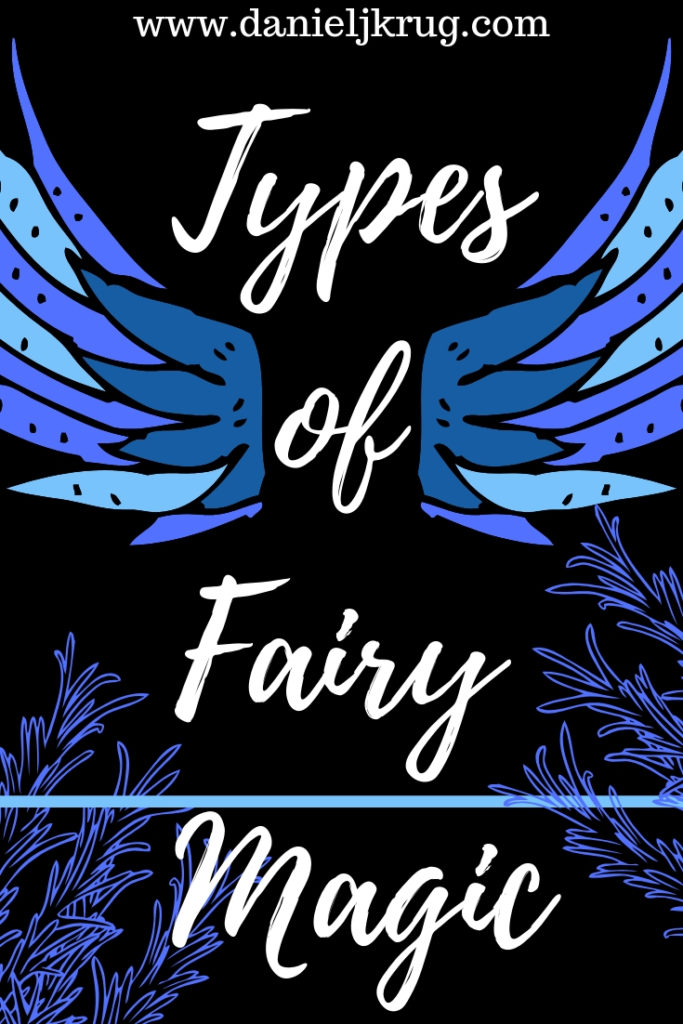