For years I thought the idea of saying I had PTSD was bad. I viewed it as a term of weakness. I didn’t live through Vietnam so what I saw and went through wasn’t bad enough to warrant something so horrible. Sounds silly, but it was what I thought and what many people I know think.

In my head, if you had PTSD you crawled under a table when someone dropped a plate and used the nearest breadstick as your rifle while grabbing a biscuit to call in indirect fire. You were the crazy guy nobody wanted to be around. The guy people laughed at when he wasn’t around. I wasn’t that guy. I couldn’t be.

Except I was the guy no one wanted to be around. I was also blind to it. We have this ability to shelter ourselves from ourselves. Deepak Chopra once said, “The greatest invention of man is the devil.” Religion aside, the point of his statement is blame. We as humans are good at pointing the finger outward. 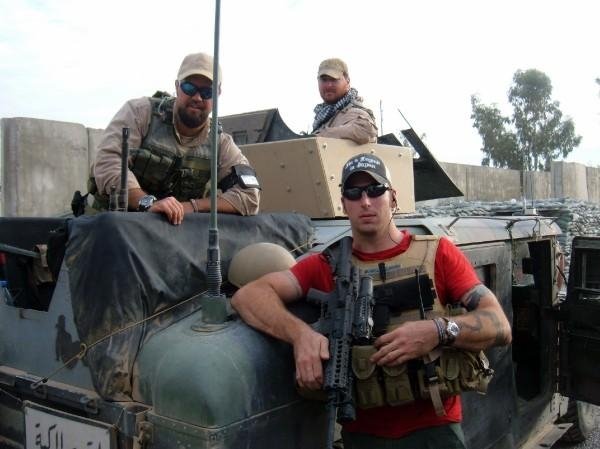 That’s exactly what I did. Interactions that went bad, people that got upset about my behavior and the inability for individuals to see the way I thought were the problem. They lived here in America where people weren’t trying to kill you everyday and bombs weren’t part of the morning coffee. “Fuck them and their weak ass minds.” – That was me thinking I knew it all. I didn’t have four flat tires, it was just a really bumpy road.

I’ve got this analogy I think about. I don’t think anyone looks in the mirror and says, “Man I looked so much younger yesterday.” It really isn’t a thing. It’s when social media or family or someone shows us a picture of ourselves ten years ago when it hits us. Our age has a way of sneaking up. 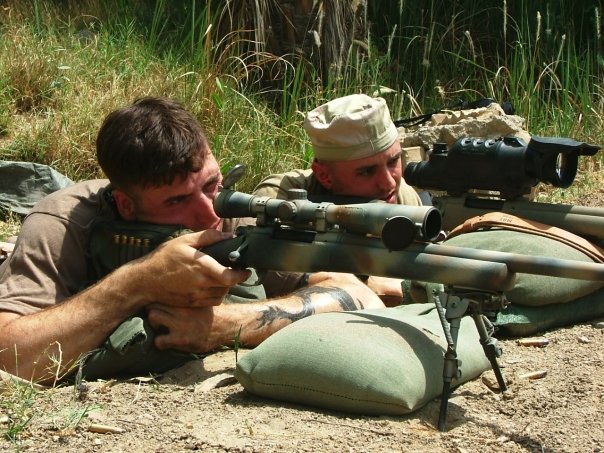 Now, if we survived a bad car accident and had a lot of injuries, we may have some scars or a slight hitch in our giddy up. If you studied your form, you’d see those haunting reminders of how something damaged our body. There’s no way to see the reflection of a damaged soul.

When we go through damaging experiences, there isn’t a snapshot of how our heart looked before all the bad stuff happened. There isn’t a way to remember the old you before the chemical makeup of your mind adapted to survive trauma. You brain dump the old you for the new ULTRA SURVIVAL version. The first time I went to visit this amazing therapist he said to me, “We don’t know what we don’t know.”

Why on earth would I be wrong when being emotionally detached has served me so well? It’s easier to say the world is full of touchy-feelie wimps and I’m simply reminding them of their weakness. Then I don’t have to be responsible for the way I think. I could keep my finger pointed squarely outward. The problem being odd though. I adapted to the trauma and the trauma changed me. It’s not a choice, it’s an experience. 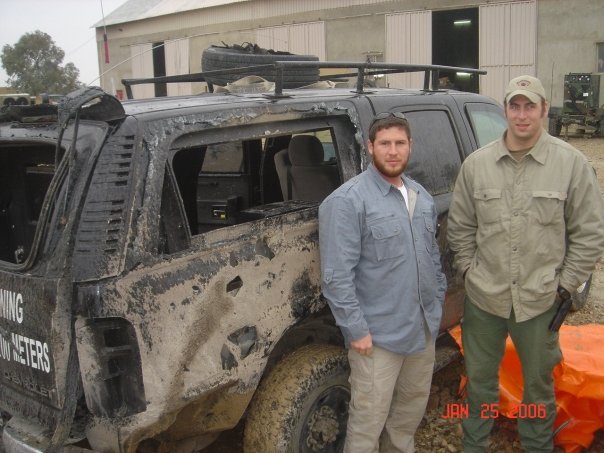 So, we come back from tragedy with new survival skills.

We must, or we die from the mental infection it creates. It’s like taking cancer medication. Sure, it might kill the cancer happening, but in the end the medicine itself is a carcinogen. Ultimately the cure might kill you. That is the survival paradigm. What is next? Can we ever get back to our original self? Does it even matter?

I didn’t think it mattered until it did.

I remember going to this Christmas party with my wife. Everyone stood around and drank wine and chit-chatted about hobbies, kids and weather. I drank more than most and got real comfortable. Small talk wasn’t my thing, so stories came out. I picked a doozy. I talked about how my team in Iraq rolled up on the dead bodies of women and children that had been propped up in a traffic circle.

Some of the kids couldn’t have been more than three or four years old. They all had their heads cut off and set into their laps. It was gruesome for even the most hardened hearts. Decapitation wasn’t even the worst part. The people who set up the display took the time to sew the heads of dead dogs onto the bodies. There was a sign written in Arabic propped up by the scene.

It said these people had accepted aid in the form of food and water from Americans, so they were considered ‘American Dogs.’ It was a level of terrorism I still struggle with.

I told that story to a young couple I just met while drunk.

I told it with a straight face and probably even laughed while telling it. I was incapable of seeing my own trauma. Thinking about the moment I saw those little bodies desecrated and put on display hurts. I choke back pain and tears from the vision of it.

Why I told the story had nothing to do with anyone but me. I know that now and couldn’t see it then. The people were mortified, and it was satisfying to know I gave them that.

When I left the party with my wife she hugged me.

She said she appreciated me and doesn’t care how socially awkward I am. I got mad at her for thinking I was socially awkward. I told her she was part of the problem because she’s sheltered and can’t see how truly bad the world is. Somehow it became my job to let everyone know how bad it is. Apparently, I needed to do it by telling strangers at dinner parties over drinks. She hugged me and told me I was a good man. I didn’t believe her. 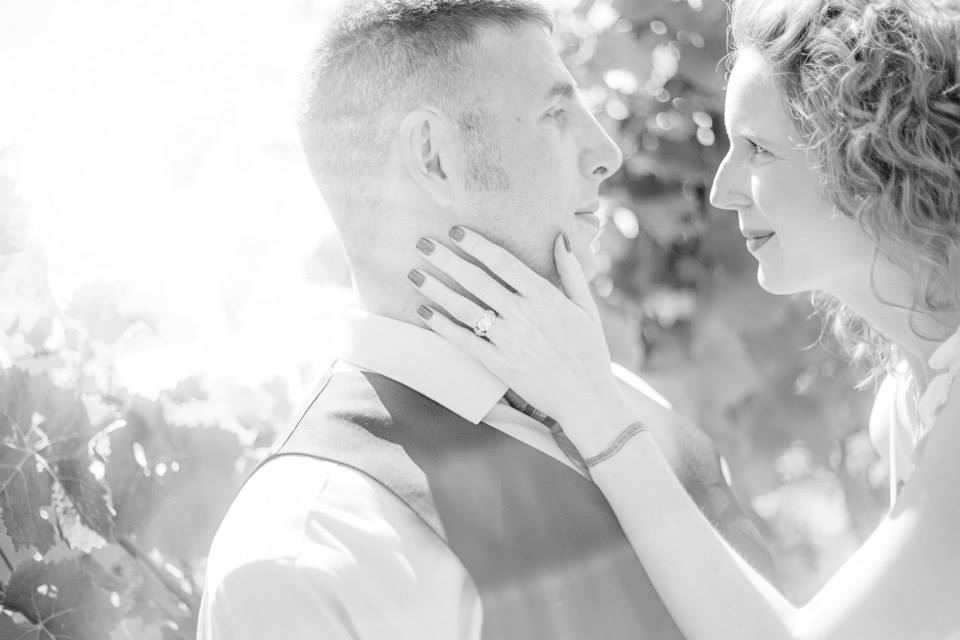 The snapshot of what we once were inside our hearts will never exist within us.

There is a snapshot out there though. Mine was in the minds eye of my beloved wife. She didn’t know me before war. I met her after it, but that’s another story. She saw the good in me. Buried under all the scar tissue and regret was something she fell in love with. For her to hold it high and consistently choose to look at that and nothing else should grant her sainthood. It didn’t and hasn’t. It’s granted her a great struggle with a reward not nearly grand enough for the effort. 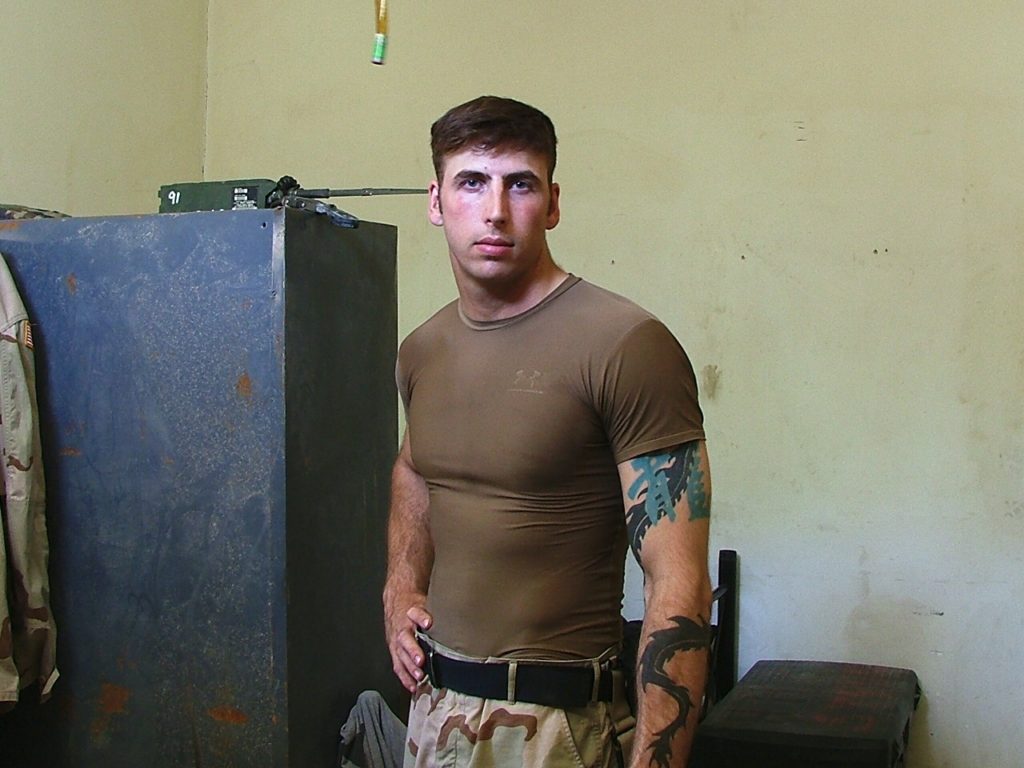 The war I signed up to fight has never ended. It never will. I won’t stop fighting though. There’s too many people depending on it. When I made decisions in a gunfight, I did it for the men around me. It’s funny how we lose that perspective when there aren’t any bullets flying. I guess we don’t know what we don’t know.

12 thoughts on “War Is Never Over – PTSD and its effects”