The Dead Miss Us – Suicide From Drugs 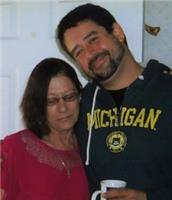 The dead miss us. I know. My best friend comes to say hi more often than he should. I don’t know how it works, or if it’s really him, but he’s there. I think. His name is Angel. Well, Angel Cruz Lee. People called him Cruz. He really wasn’t much of an angel, but he’s kind of one now.  He committed suicide on accident.  Maybe it was on purpose.  Either way, he died because I think part of him wanted to stop living.

I met him in the sixth grade. He rode a black Huffy bike with silver writing on it. An epic mullet to go with the super cool bike. He topped off the look with two very important items. A long silver feather earring dangled from his left ear, and a jean jacket with the sleeves cut off sat over his Metallica t-shirt. It was late summer 1987 and he stole his fashion right off the front page of Rolling Stone magazine.

Sixth grade was the beginning of middle school. I remember being so nervous about approaching Cruz because of his bike. Mine was a red ten speed I picked up at a garage sale for five bucks. I earned the money collecting cans. I followed him around to see if he had any friends because I didn’t. Since my family was extremely poor and I got beat up on the playground, other kids stayed away. I was wearing pants that didn’t quite make it to my ankle because new pants aren’t cheap. Silver Duct tape adorned the tops and sides of my white off-brand tennis shoes. Duct tape and shoes were a normal thing in my house. I found the best way to keep shoes together was to tape the inside as much as you taped the outside.

When I finally got the courage to talk to him, he was super nice. We compared bikes. His was better. He told me he did Karate and was good at using a staff. He played dungeons and dragons at home and was practicing to be a dungeon master. He had a guitar and a Sega Genesis. We were inseparable for the next four years. He became the closest friend I’ve ever had. He was by far the coolest and most awesome person I had ever met. He never cared about my high-water pants or duct taped shoes. He cared about me.

Cruz always wanted to be a rock star. We entered the talent show one year and lip synced the song “Cult of Personality”. I did the vocals and Cruz was on guitar. He stood on that stage and rocked out to a song pretending to play guitar better than anyone in the world. We got second place.

I started working at a Mexican Restaurant in the seventh grade. I’d wash dishes from 5pm to 11pm Monday through Thursday. It cut into time with Cruz, but I did it to help pay the bills at home. My stepdad wasn’t very good at keeping a job and my mother didn’t get paid much at hers. By ninth grade, things were too hard, and we had to move. My mother, two sisters, stepdad and I to moved to a different state to stay with my grandmother until we found a cheap place to live. For the next two years, I would save up money and buy bus tickets to go see my friend once every few months. Eventually, he went his way and I went mine. The friendship and the golden days of orc hunting in a made up dungeon while in Cruz’s basement were over.

I feel like we both lost our grounding when we were split up. I went crazy the next few years in high school. Without Cruz I lacked direction. He did better at following his dreams for a while. He moved to Bellingham Washington and joined a band. He became a bartender to pay the bills while he worked hard on his music. While I was in the Army, I flew down to see him. I’ll never forget it. He stood up there on the stage rocking out to a song he wrote in front of a giant crowd of people. It was just like the talent show in sixth grade. Except this time, he wasn’t pretending to play guitar. I remember watching him up on the stage and seeing my best friend again. It had to be one of the proudest moments of my life.

When his gig, concert, I don’t know what you call it, was over we went out with his band and some groupies. That was when I saw him pouring acid on his dreams. He would excuse himself to go into another room with a couple people for a couple minutes here and there. Heroin, cocaine, you name it was part of the life.

Things felt awkward when I figured out what he was doing. I never asked him about it or confronted him on any of it, but he knew I knew. I also know he was embarrassed to tell me he enjoyed it. I began to wonder if drugs eat part of your soul. The overwhelming brightness of Cruz’s shining star wasn’t as bright to me anymore. I saw drugs eating his dreams. I think he knew I could see it. I didn’t see him again for twenty years after the night I saw him on stage.

He never became a rock star.

When his soul comes to visit me, it hurts a lot. I miss him.

The next, and last time I saw him was at a chain restaurant working behind the bar. It was in a big suburban development complete with trendy stores and up scale trim. Twenty years had passed and it was crazy to run into him. We talked for a long time, exchanged numbers and made lots of plans to hang out and catch up.

Over the next seven years we never did. He always wanted me to come visit at his work or hang out late at night and I always wanted him to meet my kids and family. Neither happened. We talked on the phone sporadically, but he was him and I was me. We felt alien to each other. I wanted Cruz with the mullet and Huffy bike. He wanted Daniel to see he was still cool.

His mother called me to tell me he was dead. I was the first person she reached out to. She said he talked about me a lot over the years. She said he was so proud of me. She said I was his hero and always had been.

He died alone in a shitty bathroom.

Police found him crumpled up next to the toilet.

Maybe in a way he died like a rock star. Maybe he did think I was his hero. I can tell you I wasn’t. I turned my back on him because the truth was too uncomfortable. I didn’t want to fix him or help him or do anything to make him better. I just wanted my old Cruz. Maybe I am confusing the word hero with savior.

I think I can become his hero. I’ve got to do something neither of us did once we separated paths all those years ago. We never chased our dreams to the point of exhaustion. We found distractions, excuses and vices. We both gave up. This is why he comes to visit. He’s here to make sure I don’t give up.

So Cruz, listen up buddy. Dan-Dan is gonna be a writer.

This site contains affiliate links at no additional cost to you!

This site contains affiliate links at no cost to you!  See Disclaimer for additional information.