I remember the first time I saw a dead body. Two of my friends were killed by a drunk driver and I had to identify them. It was a head on collision where both vehicles were going around seventy miles per hour. It took a long time of staring at their mangled corpses to figure out who was who. I wasn’t a kid, it wasn’t something amazing and it wasn’t the worst thing I saw that day.

They were on their way home from a day of rock climbing.  The night before they asked me to go with them, but I declined because of other plans.  Both were married, and their wives were in the back seat of the pickup truck when they got hit.  Those two were now widows fighting for their lives in an ER while I tried to figure out which smashed in head belonged to my friends. 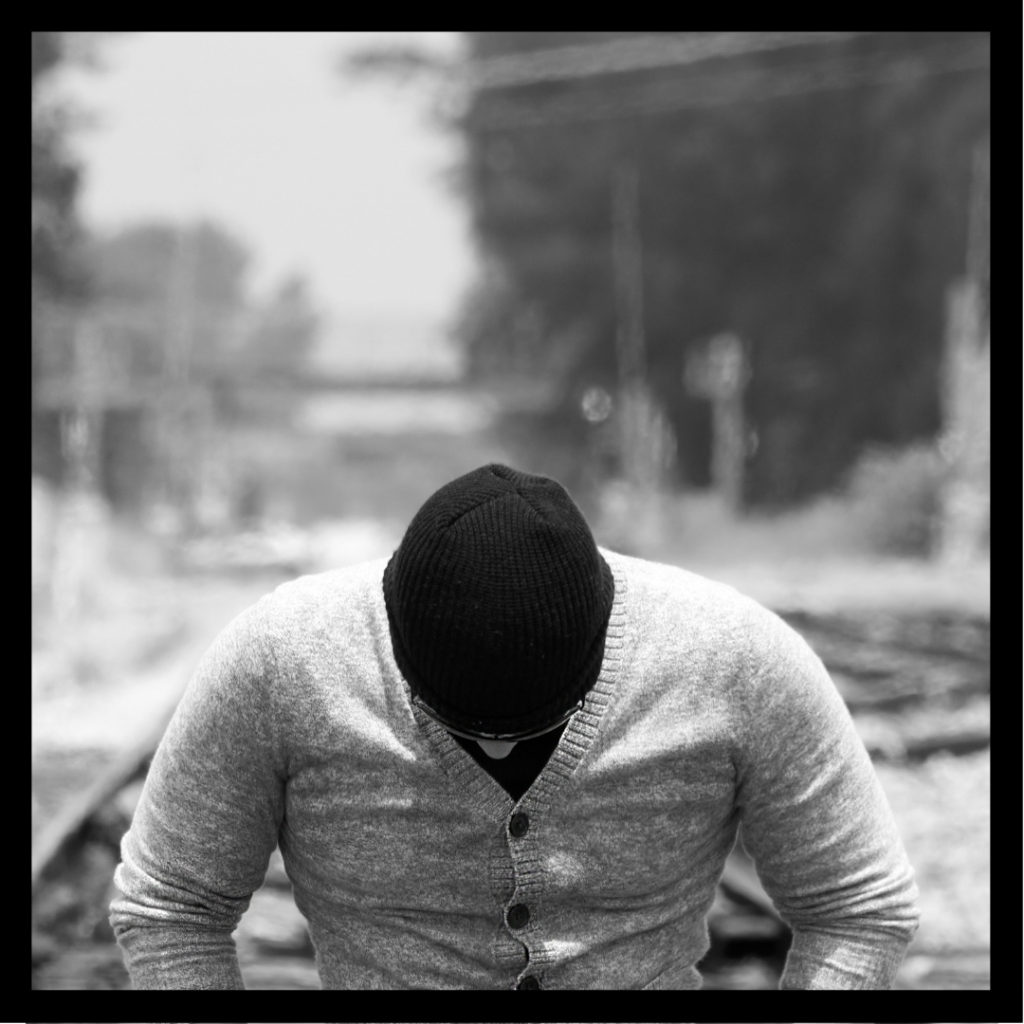 The world has a way of letting us believe everything is black and white. I was raised to think God is good, the devil is bad and there’s a difference between right and wrong. This lends itself to the automatic and almost tyrannical belief that questionable or gray actions do not fit into the automatic good category and are therefore bad.

Anything circumstantially good is something God did. “Thank God for that!” We’ve all heard it.

Thank God for something you did, nature did, or a stranger did.  Don’t thank him when bad things happen. God didn’t do those.  Surely God didn’t kill my friends on a warm Sunday evening while driving home from their rock climbing trip. 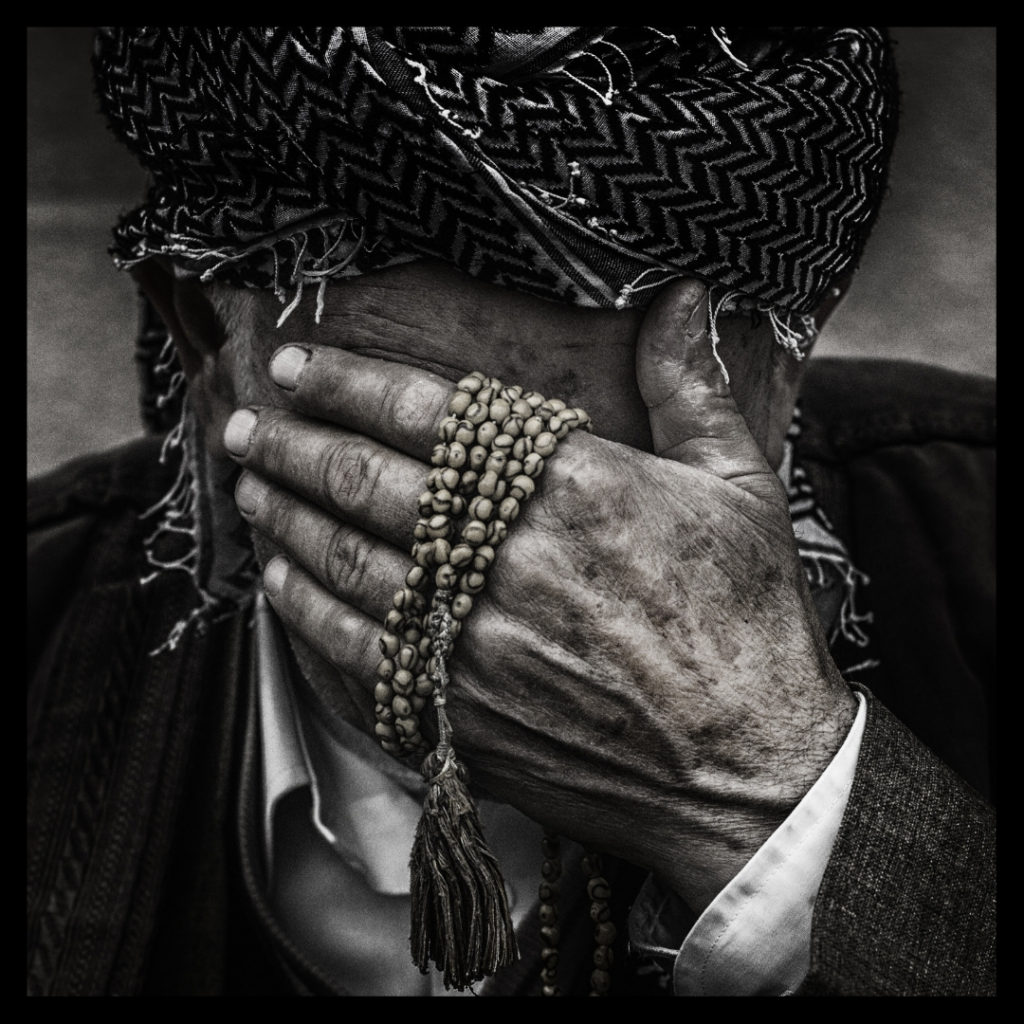 In Western cultures we’re taught our greatest endowment from the heavens is free will. To coincide, we are told to submit our will to God. Somehow in this grand deference of our gift, we show servitude to something pure and good. So, if someone makes a choice of their own volition and the outcome is good, then it was God’s will or a miracle (which is God’s way of doing things).

If the outcome is bad, then surely, it’s the devil’s fault. Either that or the infidels, it just depends on your view. Regardless, it always came across as never giving any responsibility to the individual.  God’s will and the devils interference felt like a great way to supplant personal accountability.  The finger of blame, action and resolve always pointed squarely away from self.

The religious argument of why my friend is laying mutilated and dead on a steel table is that the devil stepped in.

There’s no way it could have been the fault of some dumb ass drunk driver making poor choices.

A family member told me God intervened and saved me the day I chose not to go rock climbing with my friends. If God saved me, then God killed my friends. Why would a benevolent God do such a thing? Heck, why would an Omnipotent and loving God allow Hitler to happen?

Why the hell would God want to have a young man and his unborn child killed in a car wreck and have that young man’s wife be forced to go through years of physical and psychological therapy as a widow and trauma survivor? They both went to church every Sunday and were raised to be religious. Please don’t tell me it was part of God’s plan.

It is a messed up plan if that’s the case.  Maybe it was the Devil’s fault. 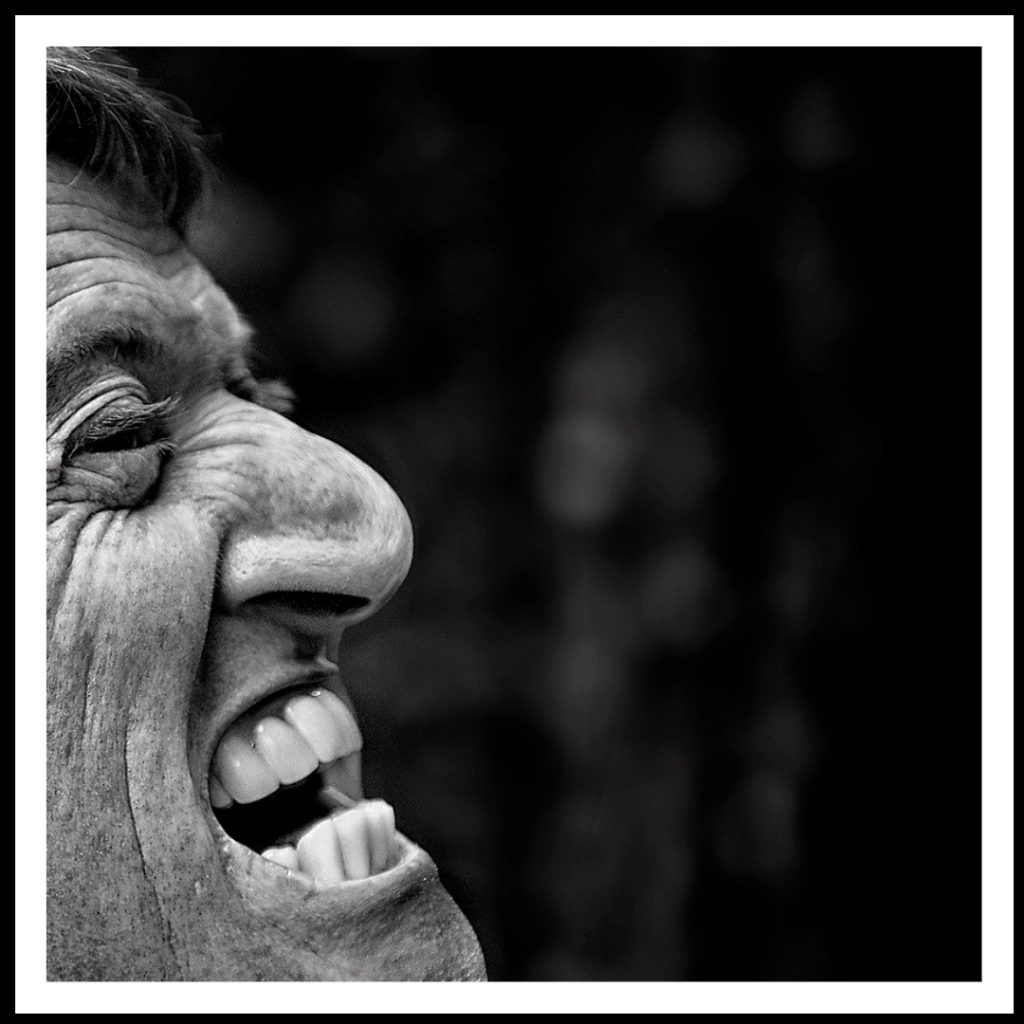 The general premise of God enacting his will is to say that God may intervene and offer a miracle or guidance. But to say that would contradict the concept of faith. To have faith is to choose to believe without proof of existence. If you believe in miracles and that God does in fact respond to your prayers, then by nature there would be proof of God’s existence… even if it is on an ephemeral level. Therefore, miracles and prayers being answered would precisely eliminate faith because it provides proof. God then proves God does not exist by proving God exists. Being that I was standing inside the makeshift morgue of a small Alaskan town and attempting to identify which mangled bodies were good friends and which ones were strangers.  I figured if this was God’s will then he had some explaining to do.

I never questioned religion until I watched brains sliding out of a skull and into a body bag. I came to an understanding about religion. There are many ways to view spirituality. I don’t really believe in any of them. I don’t think they are necessarily wrong either. The analogy I’ve created in my head is a simple one.

If you were to stand a few feet away from the Mona Lisa and look at it, you may be impressed by different things. If two people were to describe it, it may be wildly different in terms of what emotions or thoughts it would illicit. Now, take two art critics who had never seen the painting before and take it a step further.

Have those two critics stand three feet away and look through a drinking straw while they describe the painting to you. They wouldn’t be allowed to move the straw around. Just one tiny view and that is it. Depending on where the straws were pointed, the colors and texture and impression would be wildly different.

This is how I think religion sees spirituality.

Religion is a bunch of art critics staring through a straw and telling everyone that what they see is correct. Everyone is right. Nobody is wrong. Every little thing one critic see’s is completely correct and real from their point of view. The more belligerent the critic, the more critical they are of what someone else sees. Religion itself is the straw. The followers are the critics. The painting is the universe and all things.

As humans, we have an amazing desire to understand and organize the world into something we can mentally digest.  As humans, we spend eons building straws to look through. 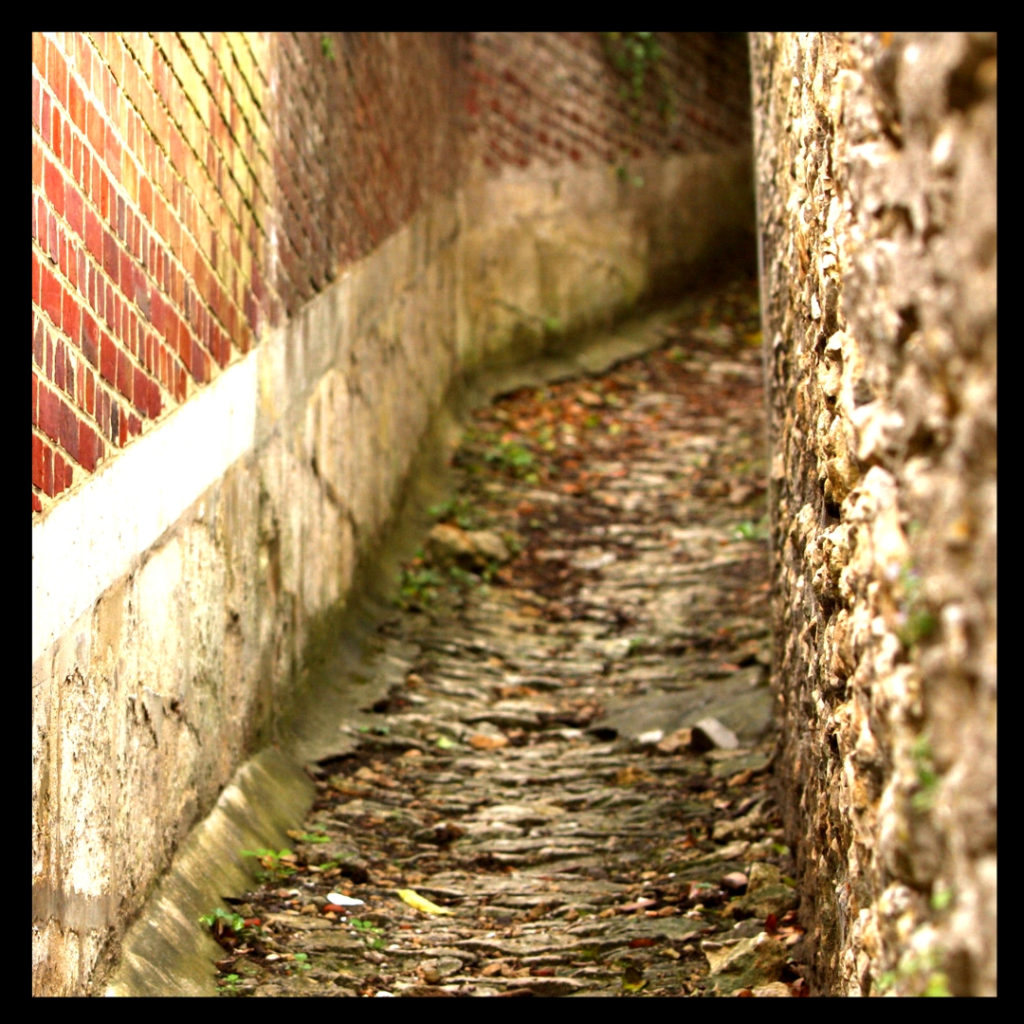 When I think about the crushed and mutilated face staring at me from an unzipped body bag, my mind gets quiet. I’ve come to terms with the idea of faith. If there is a God, then he/she/it doesn’t touch the world.  Faith prohibits it.  I’ve also come to believe that not knowing is a lot better than thinking I know what the answer is.

I think there is something out there beyond the flesh-based existence most of us hold.  I’ve felt it.  My heart won’t let me believe anything else.  I don’t understand it and I like it that way.

Maybe my friends walk with me. Maybe they float around. Maybe they have wings and fart magical dust.  Maybe they don’t care and have moved on to something greater.  Whatever it is, I don’t know what it is, and that’s awesome. 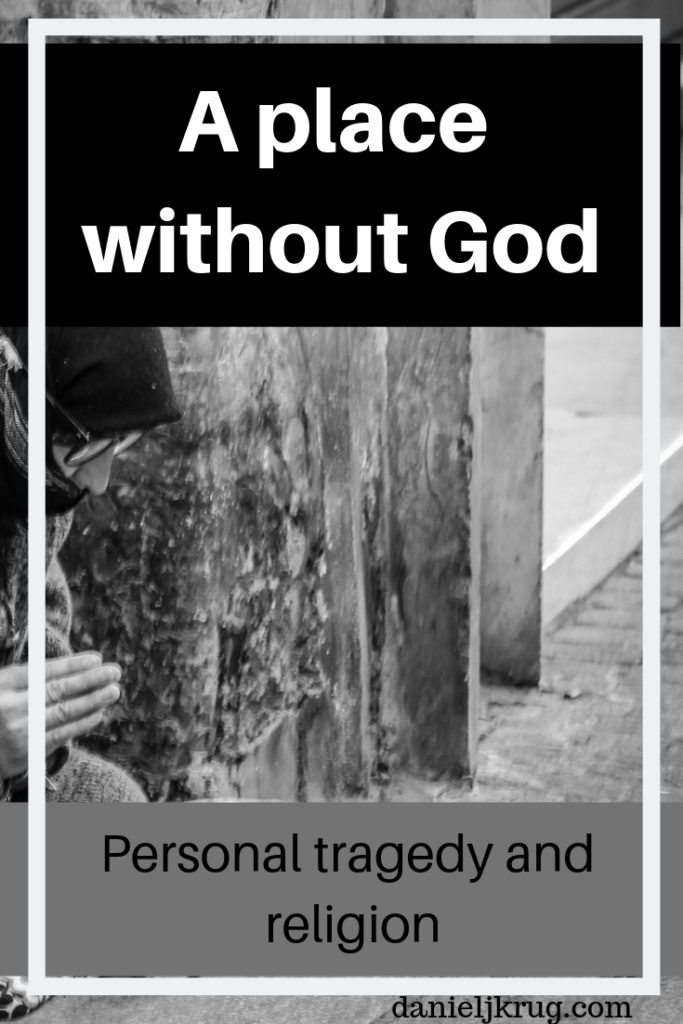