There are plenty of fantasy writing tips out there. Here are five key points to think about when you put magic into your novel.

Let’s say your character is able to make little sparky things fly from his/her hand in the beginning of the book.  By the end, they should be shooting giant flaming balls of death out their fingertips to save the day.  All Magic should serve a purpose. Even the magic you don’t give them must serve a purpose too. Think of Willow Osgood in the movie WILLOW. He could make pigs disappear as a parlor trick in the beginning of the movie.  At the end, he used it to save the day. All the magic, and not magic, was useful. This is the first and most important of fantasy writing tips because it applies to everything.

Even Magical items need to serve a purpose. Often times, a writer (a good one) won’t tell you the full scope of those items power until you NEED to know what it is.

I read a novel where the magical ability of everyone was exactly the same. If everyone can always do the same thing then no one is exceptional. So, just like their personalities, make it unique and and also USEFUL. For example, if your character is able to stop time for only a few seconds at a pop, you’ve got to tie it into the story in a way that will give them a terrible advantage. But, if the magic you use ALWAYS solves the problem and ALWAYS fixes the issue, then it’s no longer interesting and has become a writing crutch. Your readers will hate you for that. Read below for more.

The best magical characters in the world (Harry Potter, The Magicians, Gandolf, Etc) have limitations. The joy readers get is when they know magic can’t fix the problem. It is the intersection of the magic you create and the ingenuity of the character that makes the story better. Don’t make magic so easy that you have the ‘Superman Problem’.  A character and their story become incredibly boring because of the infallibility of their stature.

Jim Butcher has a wonderful character named Harry Dresden of which he has written at least fourteen novels.  The stories are great because Harry is always getting his butt kicked and has to find a way to up his magical game in order to win the day. The best part is when his magic doesn’t work the way it should or he’s run out of “juice” so to speak.  So, not only is his magic relatively difficult to use, it also fails him quite often.

Failure and adversity are fun. I personally believe the only reason people read fiction is to watch characters overcome both.  Use the magic not only to help your characters, but also to hinder them and cause more problems.  Break the magic on occasion to keep things interesting.

5. USE MY FICTION / FANTASY WRITING TIPS!

Seriously, if you’re writing without an outline you are writing yourself into a dangerous circle. Use the OUTLINE WORKBOOK to help keep your story on track and going in the right direction. Best of luck and happy writing! 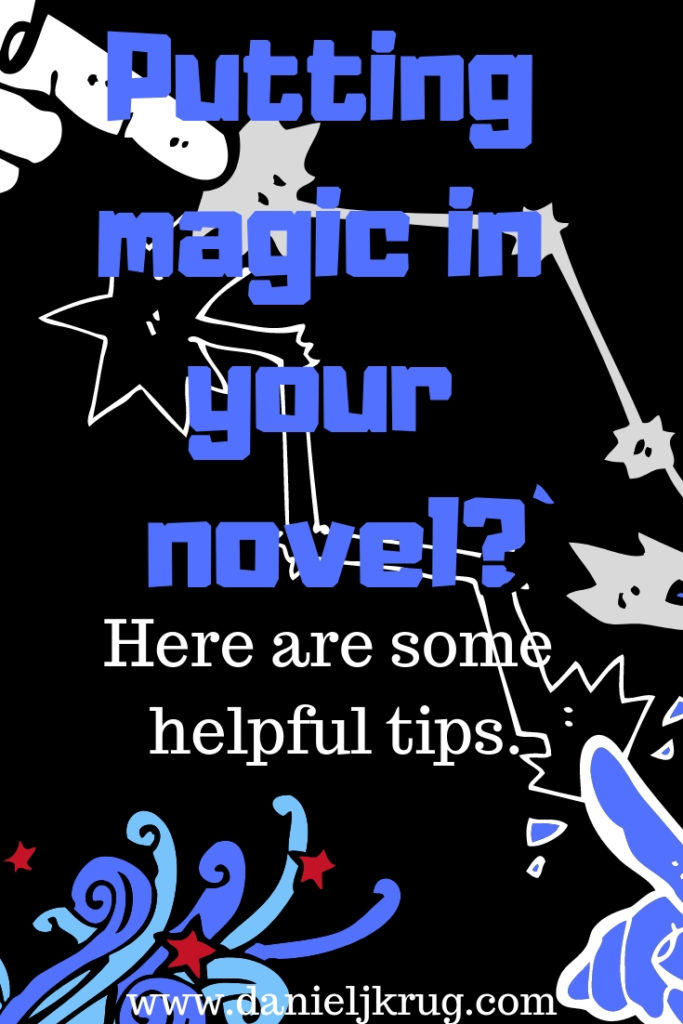