I hit a deer the other day. My son walked out to the driveway to survey the damage. He looked at the deer fur and deer poop splattered across the broken grill of my SUV. Then he sat down in the driveway and started crying.

He’s adorable in every way and I don’t understand how a little heart can be so big.

Most days he wakes up about two and a half hours after we are up and doing our thing. His morning routine is the same every time. He gathers up his baby blanket, turns off his music machine and ventures out into the living room. His short hair is messy, and he has never set foot into the morning world without an ear to ear grin on his face. At four years old, he’s got to be the cutest thing I’ve ever seen. If you’re a parent and reading this, then you know that feeling. The unexplainable depth of love you feel when your little person wants nothing more than to jump into your arms and ‘snuggle.’

Well, that’s my boy. He doesn’t want dad first thing. Wake up time is momma time. He does the same thing every day. He steps up to the edge of the living room carpet while digging his cute little toes into it and stares at his mother with a giant smile. As soon as she smiles and widens her arms out, he takes off running and jumps into her lap. He wiggles his cute little butt like an excited puppy and burrows into momma the way nature says he should. It melts my heart.

I work hard on three things for my little guy. First, I want him always to know he is loved and safe. Second, I want him to feel empowered. 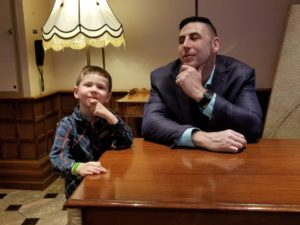 Third, I give him boundaries that are reinforced in very positive ways. I watch him grow and am sometimes overwhelmed at the absolute love I feel for him. He’s just wonderful and amazing and perfect. He even picks up his messes. His heart has to be the most perfect thing I’ve ever experienced. There is something inexplicably amazing about the purity and absoluteness of a child’s love. He’s not my first kid, but he’s so special.

But I watch the news.

My sisters grew up with a monster in their house.

I cannot imagine a world without his little smile in it. Sometimes I think about the lives I’ve seen taken without reason and I cry. This world does not make sense. It will try to steal the light away from my son’s shining heart. It may be overt, subversive, tragic or just a time-consuming grind of reality but it will happen. This world does not breed forgiveness and acceptance. Hell, even the most accepting people in the world don’t accept you if you don’t agree with them. Just google ‘social justice warrior’ and you’ll feel like you jumped on Mr. Toads wild hypocrisy ride.

The advice I would give anyone whose view seemed so cynical is simple. Focus on the good things in the world. Look at all the positive stuff 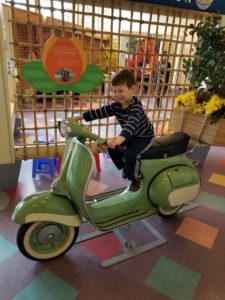 the world has to offer and be ready to receive it. Believe in the good things. Yep, that’s simple advice to give alright. It’s simple and good, but NOT easy.

I’m a realist and like most of us, I’ve been hurt. Maybe it’s the stark contrast that creates overwhelming concern. The shadows have loomed over me and the darkness it created can be so cold. His light is so bright and warm. Maybe the world can’t steal your light away. Maybe the biggest trick of all is the world convincing you it’s taking something when it never did.

Part of being a damaged human in a damaged world is having knowledge. I learned that making tough tactical decisions requires an emotional detachment from them. I’ve learned that facts don’t have feelings. I’ve learned that when people run around making decisions purely from an emotional standpoint then they are a Democrat (I hope you can laugh at that). I have learned that simple acts of kindness can be offensive to the wrong person. I have learned that the world is full of people who spend most of the time thinking about how the world affects them and not how they can affect it. Ultimately, we are all messed up sculptures. Experience chips away at us and creates us to be what we are. Some, like me, might have big chunks broken off with jagged and dangerous points. Most of us don’t have smooth edges, and those that do… Well, they’re lucky.

My little guy is smooth. Smooth all over in the cutest and bestest way a little person could be. This world doesn’t deserve him going around and crying about deer and ladybugs. It doesn’t deserve the flowers he picks and gives to the homeless man or the way he wants to say hi and smile at everyone he meets. It will likely never deserve him, but I hope he does it anyways.

Because if he doesn’t, the world will never be a better place.

2 thoughts on “I’m sorry son, the world isn’t good enough for you.”