How I made my own magic, Part 2

You read about the connection between my world and quantum physics, right? If not, go HERE first. This blog is about the creatures within the ‘bleed’.

As you know, the bleed is this place between realities. It exists because when the universes were created there was something left over. All the stuff that didn’t make it into a reality and all the other things that couldn’t fit. Things in the bleed have the freedom to travel from one reality to another too.

The fun part about creating magic though is also creating the limitations for it. The creatures that exist within the bleed aren’t able to go to any reality for any extended period of time. Think of it like going underwater. Sure, you can do it, but there’s a cost and preparation that take place. Also, it isn’t your normal environment so the things that do live there are much better adapted to it. There are plenty of workarounds to existing outside of the bleed and they’re done through various forms of magical vampirism. Blood magic, life magic, soul magic and proxy magic.

Over the eons, one type of being within the bleed has risen above most others who choose to be noticed. They are (of course) the fairies. Or, Faeries as I like to spell them. They refer to themselves as the ‘Fae’ so Faerie seemed much more appropriate.

Faeries love to have a say so about all the realities they can walk in. They also love to mingle, interact and generally feel like it is their job to ensure things inside the bleed do not affect things outside the bleed unless they’ve received Faerie approval first.

I took the traditional myths of the Fae (Fairies) and expanded them to fit in with my hodge-podge quantum physics view of magic. All in all, it’s turned out quite fun and interesting.

The Fae themselves have found numerous ways to exert influence over the millions of realities they have access to. The most powerful method is through the proxy of the King of the Fae. The Chancero-Ka (Will of the hand of Ka) is essentially the hit-man/dirty jobs guy for the Faerie King. He/she/it can exert all the power and magic of the most powerful Faerie within the bleed whenever their will is perfectly aligned with Ka (the king). Their job is a simple one, do what Ka bids and desires be done. The problem with it is that of endurance. Over time, aligning your will with an all-powerful ethereal being tends to drive one mad. It’s also exhausting when whoever is the Chancero-Ka realizes that the righteousness of their acts tends to rely heavily on perspective.

Of course, some Faeries don’t like to follow the patriarchy and branch out on their own and occasionally attempt to claim a reality or two for themselves. In doing so, that reality generally pays a heavy price and corrupts the mind of the Fae doing it. These worlds end up having the grandest battles between Chancero-Ka and rogue Fae.

Some Chancero-Ka have found ways around aligning their will with their master to use the power granted them. They can siphon small amounts of magical juice and stow it away for a special time. And even more interesting is when a proxy for the Fae attempts to thwart the very missions they have been sent to do.

Magic and the creation of it is fun and amazing. I share my personal vision in hopes it will help you. Read the next blog on HOW I created magical tools, more rules and why you should break them! 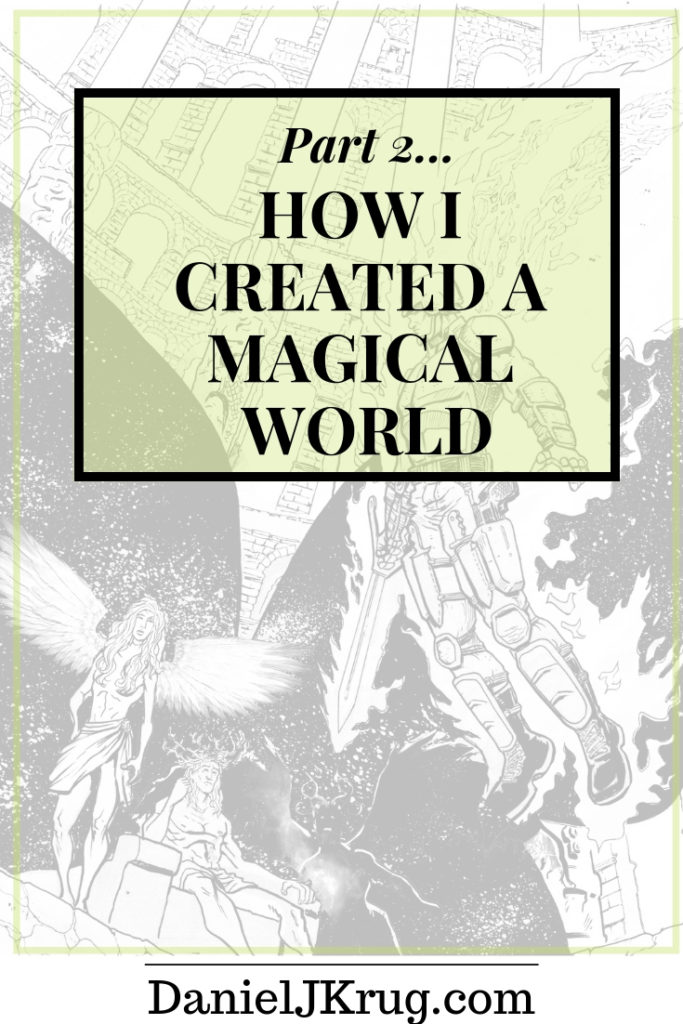