Angel of Assassins, The Reign of Terror and our own beliefs

I was reading this book I got from my grandmother Great Men and Famous Women, Volume III Workmen and Heroes. It was published in 1894. So it’s wordy, sexist and full of interesting facts shown from a wildly different perspective than what we carry today. Every woman written of is still held with regard to their great and powerful impact on history.

A specific story stood out because of what was said ‘between the lines’. It’s a story of how profound the power of words, especially the written word can be. It’s also a story of how a woman broke the chains of the social norms of the late 1700’s to step beyond herself and stand up against evil.

It is the story of Charlotte Corday, a young French woman raised in an Abbey. Her father sent both her and her sister there after the death of their mother.  While there, the young Charlotte read many books, especially those that referenced the politics of ancient Rome.  She fell in love with the idea of a true republic and believed in a fair and just political system. Charlotte could quote Plato, Voltaire and the like. While at the Abbey in Caen, Charlotte befriended some people who politically called themselves ‘Girondins’ (akin to a modern day Independent). She found their way of thinking to align with her beliefs and became sympathetic to their causes. 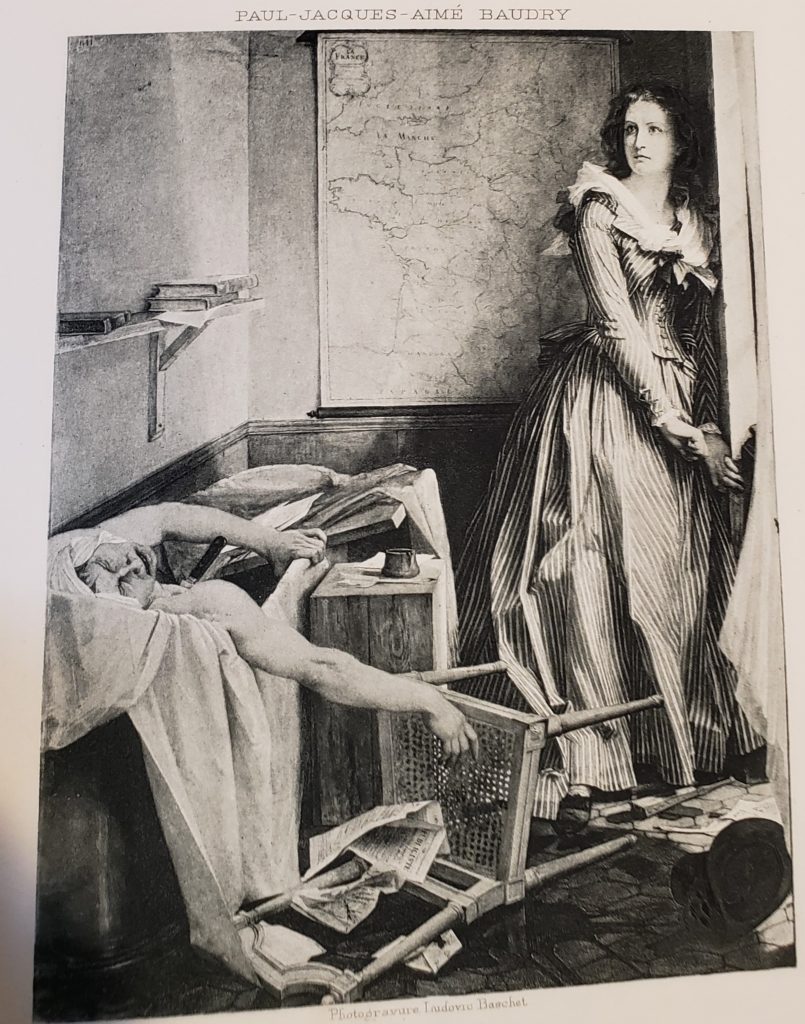 During the late 1700’s in France, Girondin’s were being rounded up and executed publicly. The method of choice during this time was the guillotine and it was rumored that tens of thousands died by it in a short period of time. Also, in the heart of France was a man named Jean-Paul Marat. He owned a newspaper called ‘A friend of the people.’ In this paper, he would publish lists with the names of suspected Girondins. As was expected, these people would be rounded up within a week and sent to their deaths via a public beheading. Marat was a member of the feared Jacobin group and it was this group that was in charge of France’s Reign of Terror. Although Marat was not an official political figure, his paper was read by the helpers of Maximilien Robespierre as the ironic head of The Committee of Public Safety.

It was truly a tumultuous time. Anything spoken against the prevailing political climate on the street would undoubtedly get you sent straight to the guillotine. The Jacobins wielded a swift and injurious hand with a death count officially over sixteen thousand in three years. Charlotte Corday thought that a so-called journalist sitting in his home and weaponizing a newspaper was a big part of the problem. She grew sick from knowing Girondins were being executed daily because of one man’s reckless words. She thought that his voice was the sickest of them all and needed to be dealt with.

Charlotte came up with a plan. She got papers together, borrowed some money and made her way to Paris.  Her plan was simple.  Got to Marat’s apartment and kill him. She knew there would be no escaping her actions after they were done and also fully knew that her head would summarily be removed from her body because of the murder she was to commit. It did not sway her resolve, only strengthened it.

Her true belief was that the death of Marat would lead to a change in climate and embolden to the people to do the right thing. She thought that the simple, yet poignant act would be a catalyst. At least, she hoped for as much.

On the day of Marat’s death, Charlotte Corday had written several notes to him suggesting she knew the names and locations of Girondins within the city. A simple, yet effective ruse. She showed up at his doorstep, and at first, the woman who answered did not allow her to enter. Charlotte pushed her way past and insisted on meeting Marat. When he heard the commotion, he bid her enter because he was happy to receive the report.

Marat was a small man, barely five feet tall. He also suffered from a severe condition which required him to take medicinal baths quite often. It is said that he had an insufferable look on his face at all times and was considered unattractive by all who met him. Charlotte began to tell her fib to Marat and he drank in the lies with gleeful expectation.

After naming some suspected Girondins, Marat said to her “Their lives will not last another week.” It is with these words that Charlotte pulled the six-inch kitchen knife from her bosom and “with supernatural strength”, thrust it into Marat’s chest, killing him instantly.

She was put to death shortly after.

Her actions had the opposite effect. A statue was made of Marat and erected and the executions and killings increased. History for a time, belonged to the people in power it seemed.

It was not until time passed and France began to heal that people saw Corday for the martyr she was. In a sense, her actions were a statement about women and their role in the revolution. They were also a statement of strength and how women could stand up to men. Her act of murder was an emboldening act of women’s rights. Women for years after would regard Corday as someone who stood up and fought for her beliefs regardless of the outcome. She set the stage for other women to stand up for their own rights and begin to blaze a trail of equality. Her act was less about murder and more about the willingness to fight for the right thing.

So, when you’re reading the news… think of Charlotte Corday. Think of the French Revolution and most importantly, think of the power of the written word.

Ultimately, history teaches us that the mob will rule when the mob doth gather. 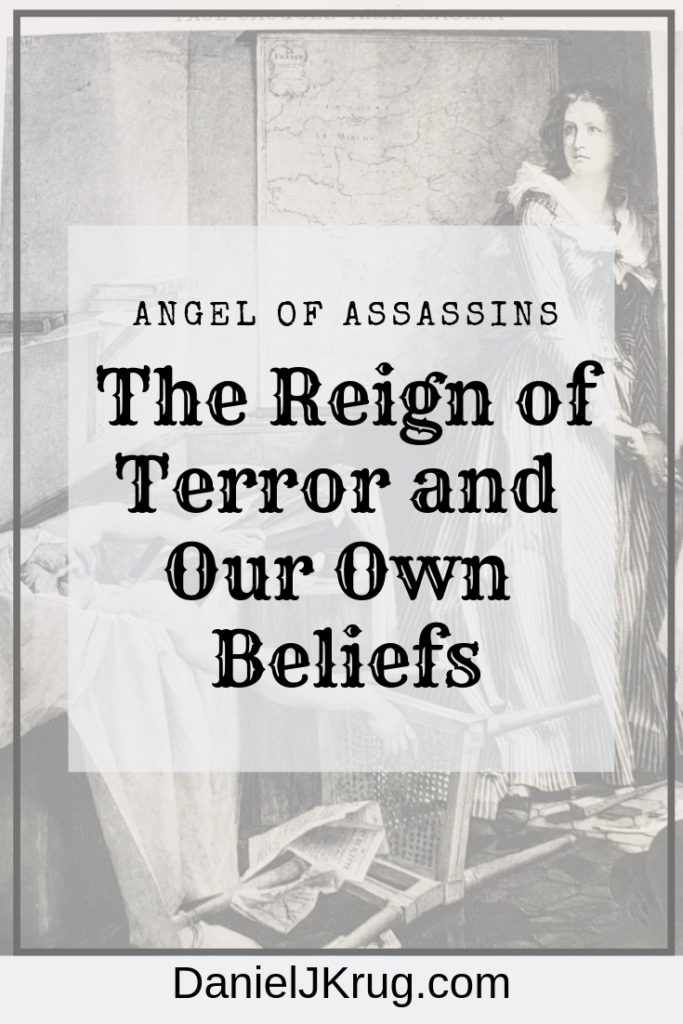